Back to Money advice
Copy to clipboard Copied to clipboard Share on Twitter Share on Facebook
There is no getting around it, over the last 6 months to the end of October 2018, investments in South Africa have struggled. The reasons are varied, some of it is because of South’s Africa’s situation (uncertainty over government policy, and negative economic growth) and some of it isn’t (Trump’s trade war with China, and global investors moving money to the US from developing markets, like South Africa).

In tough times like these you might be tempted to withdraw your funds impulsively and this could cost you over the longer term.

Remember, each of your OUTvest investments is uniquely matched to your personal circumstances and your investment time horizon. Don't make decisions based on short term investment performances and what we like to call noisy markets.

How do we know this is true? Well, the best examples are real, and here is a fantastic one:

“If you invested over the last 12 months in South African equities, you would have been down over 8% to the end of October**. At this point, many people just give up and sell their investments. However, over the 6 days between the end of October and 6th November, the markets rose over 5%.”

As we mentioned in our last report of July 2018, our investment committee regularly evaluates the performance of the investment funds we use.

Backwards to go forwards - where South Africa is going...

As usual our last investment committee meeting included another ‘robust debate’* about politics, the economy and markets and in our opinion the conclusion is that the ‘lost decade’ would appear to be a thing of the past.

The lost decade is the period where South Africa went backward, from economic growth, to corruption, to unemployment and inequality.

The reason we believe this can be attributed to the changes we are seeing both inside government and other state owned entities.

For a man with supposedly little support, President Ramaphosa has made significant changes in a very short space of time. For example, look at all the leadership changes at DENEL, PRASA, SAA, ESKOM and SARS.

However the government cannot transform South Africa on its own. It needs the help of the private sector and by the looks of the recent investment summit, it’s coming.

To have the CEO’s of private organisations come up on stage and publicly announce R290bn of commitments to South Africa, on a podium, in front of their peers is actually something pretty special and a signal of better things to come.

The recent Medium Term Budget signaled a big departure from previous budgets about the role of the private sector in helping government, through partnerships on power generation and potential privatisation of some of our state owned entities, including the potential break up of ESKOM and shutting down SAA. However, just after this, we gave SAA another R5bn lifeline to keep the planes in the air!

South Africa is in a technical recession, the fuel price is at all-time highs and investment markets have struggled to deliver inflation beating performance.

It's tough but nothing new, we just need to dig in deeper and weather the storm, as this too shall pass. 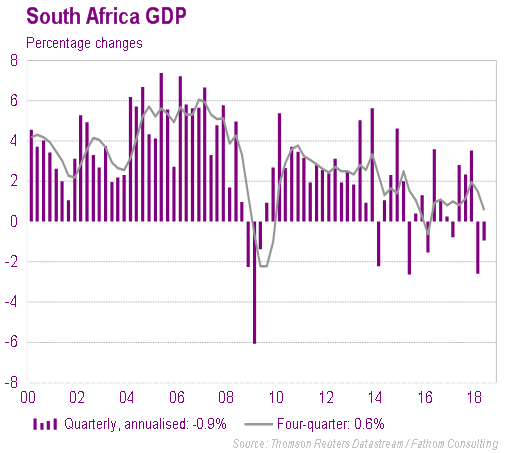 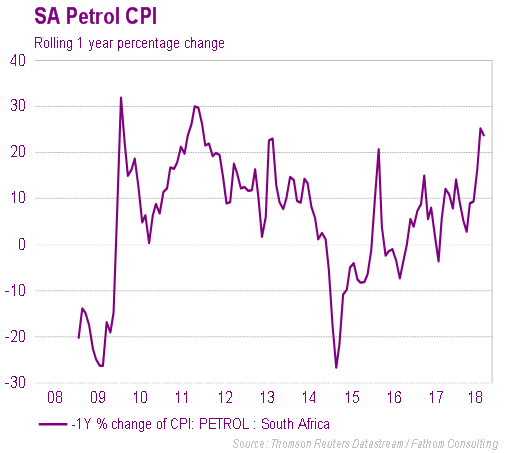 As a result of very strong economic growth, the US is raising interests to manage inflation. US rates have risen to the point where global investors feel that investments linked to the US federal funds rate offer good value relative to investments in emerging economies (like South Africa, Brazil, Russia and others).

The result of this is that investors have moved money from emerging economies to the United States. This has been a strong reason for the recent weak performance of the South African stock market.

The fact that the US has implemented tariffs on Chinese imports and China retaliating in kind just adds fuel to the global fire.

Investments in local government bonds have also struggled recently as global investors moved money out of South Africa back overseas, this particularly weighed down on the CoreShares OUTcautious Index Fund and CoreShares OUTstable Index Fund.

Our holdings in listed property have also struggled, partly as a result of issues associated with Resilient (a listed Real Estate Investment Trust), as well as the sensitivity of the property sector to weak economic growth.

One tends to get a high dividend, but the price can be quite volatile.

All of our CoreShares OUT Index Funds have varying degrees of offshore exposure. Over the recent period our offshore holdings, particularly in the US, have held up well.

Strong performance in offshore stock markets, together with a weakening rand, has offset the weak performance of local investments in the CoreShares OUT Index funds. 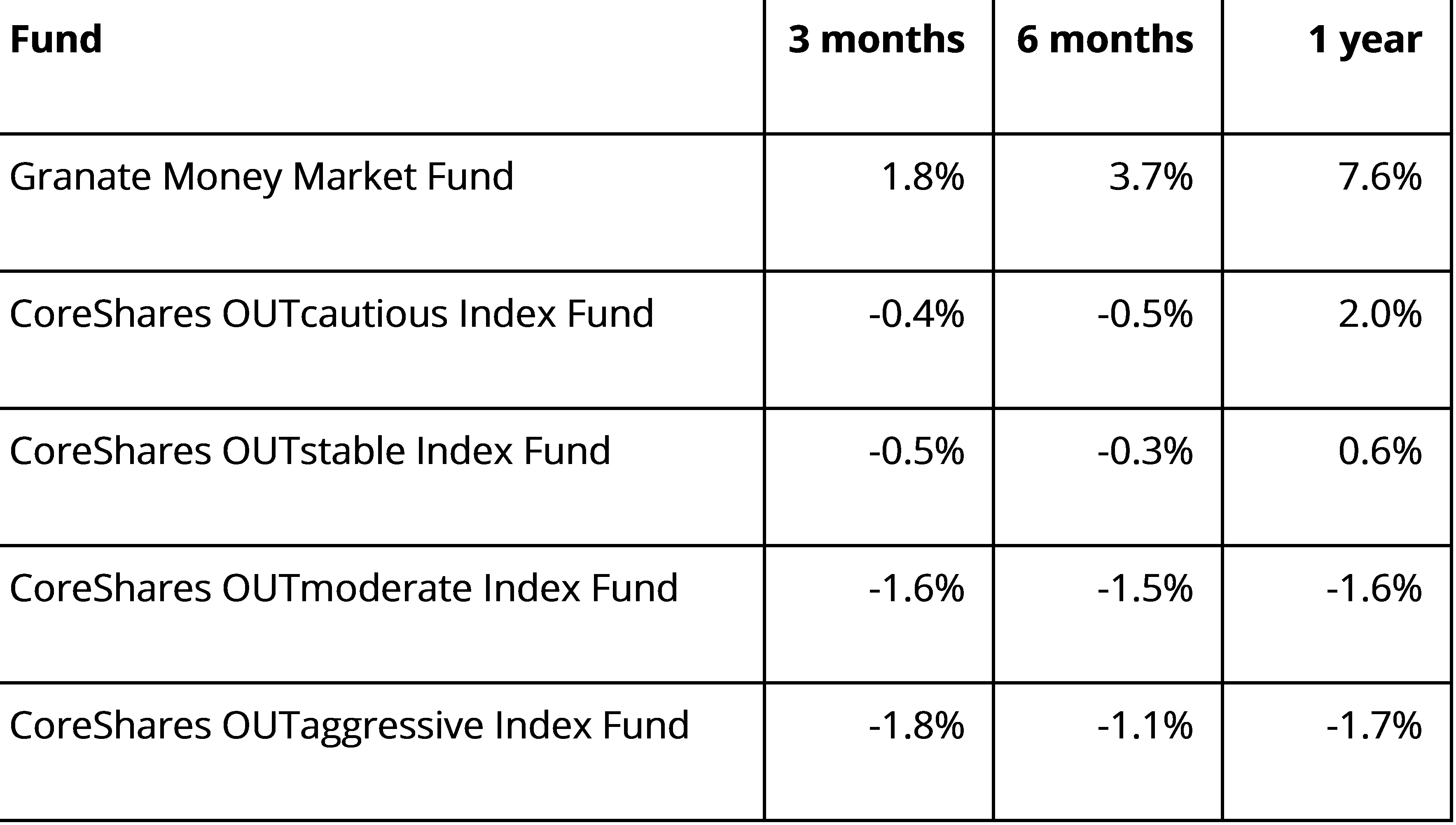 Source: Lipper, net of fees at fund level. Past performance is not indicative of future performance

Whilst we look at investments more frequently, we tend to only write this type of analysis every quarter. For those of you who read this, I would love to know what you think, and if, perhaps, you would find it more useful if we were to give a short weekly update in addition to a longer quarterly update like the above.

Please feel free to get in touch over twitter and let me know your thoughts.

*Robust debates are a common feature of our quarterly investment committee meetings.

** Represented by the FTSE/JSE All Share Index (a list of the shares on the Johannesburg Stock Exchange, ordered by the size of the company)

We use cookies to optimise the user experience. Tell me more